Myanmar Through an Ethical Lens 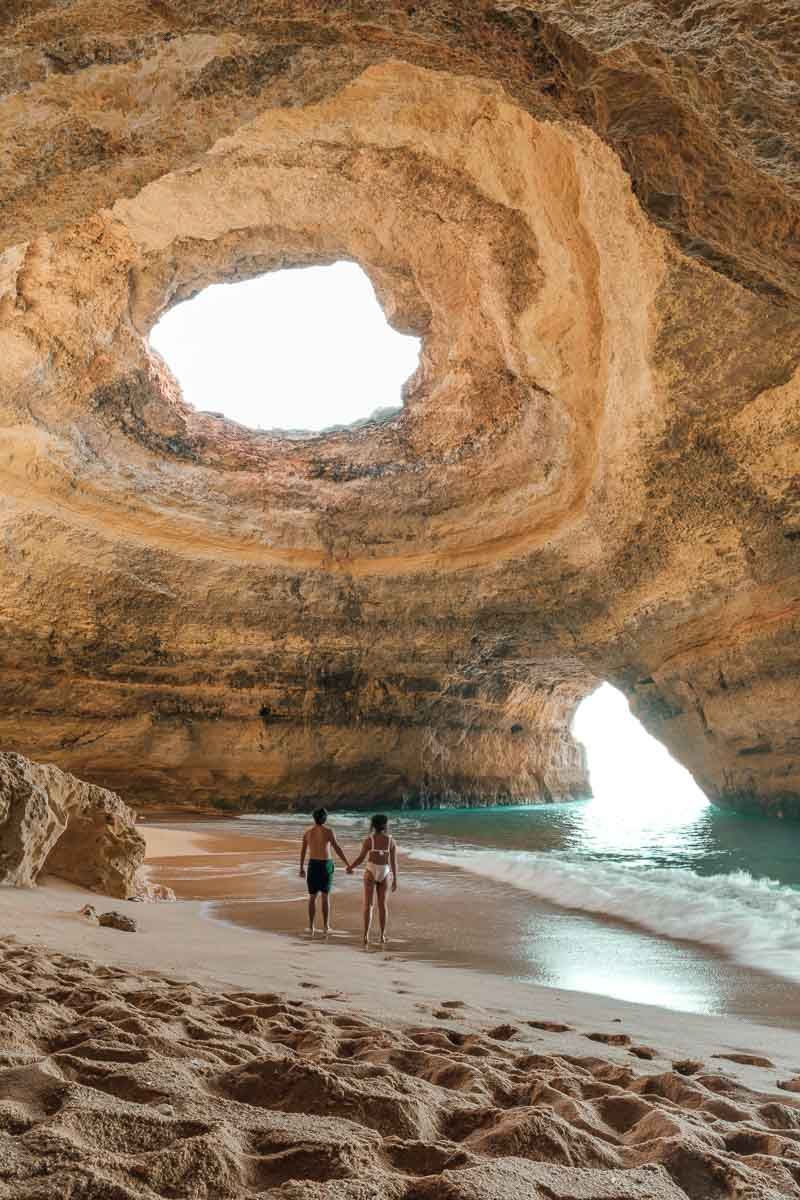 Focus on the People, Not the Politics

“Hla de, hla de (beautiful, beautiful),” purrs photographer Nathan Horton. One of his Nikon lenses is focused on the ebony irises of a caramel-skinned woman from the Pa-Oh hill tribe in Shan State, Myanmar. Another protrudes from his hip, dangling from a second camera body like a bonus appendage.

The villager is shy, hesitant to engage with the camera. “I’ve grown old,” she demurs, remembering the British-born photographer from a previous visit. But Horton turns his once imposing lens into a bridge. With a little more encouragement in her native tongue, his subject’s eyes light up and thanaka-smeared cheeks crinkle into a smile, revealing stained teeth that have likely never seen a dentist.

Like many Burmese, the woman has indulged in the pastime of chewing betel, a blend of areca nuts and tobacco, guaranteed to yield vampire-red choppers. Her face is adorned with Myanmar’s signature thanaka, a yellow paste made from ground tree bark that serves as a multipurpose sunblock, moisturizer and decoration.

Horton has his shot. He shows the woman a preview, inspiring a reaction that’s almost better than the image itself. Out comes an iPad filled with portraits taken on previous visits. One shows the woman’s daughter, then pregnant, now a mother. Her three-year-old son greets us with a show of fingers.

Nearby, the toddler’s turbaned great-granddad sits cross-legged on a bamboo mat, shucking corn with the extended family, his lean body taut and tawny from years of working in the fields.

Typical of remote Burmese villages, four generations live together here, the able caring for the young and the elderly. Some of their homes are sturdy, multi-story affairs built with bricks fashioned from animal dung. Others teeter on bamboo stilts, partially open to the elements.

We’ve come from more refined accommodations in the foothills of Kalaw, an old hill station from the days of the British Raj — five photographers from the developed world, eager to capture the pagodas and people of Southeast Asia’s least visited, most mystical land in digital images. We hail from the U.S., England and Australia, all developed lands where we take modern conveniences for granted.

Our leader has a different story. After 16 years as a successful photographer, Horton traded soggy London for sunny Southeast Asia. Since 2006, he’s lived in Phnom Penh, Cambodia with his Vietnamese wife and their three children. “I’m more Cambodian than British now,” he chuckles, adding that his photo tours are driven by a trifecta of passions for his craft, his adopted homeland, the gracious people and gritty edges of Southeast Asia.

About a kilometer before we reach the Pa-Oh tribe, Horton asks our Burmese driver to park our gear-stuffed minivan. With our local guide, Thun, we trek into the village with a chorus of “Mingalabar, mingalabar (hello, hello),” bearing tiny koalas from the Aussie in our entourage. The tribe has seen few foreigners like us since tensions increased in a distant region of their country. But few are privy to headlines in this remote village. There’s one TV in town, Thun reveals, but no one watches it much.

Before signing on for this tour, I had the same questions many travelers ask when considering a trip to a nation engaged in appalling human rights violations. “How does one justify travel to a country that jails journalists and practices horrific ethnic cleansing?” I queried Horton’s team. “Will my dollars help support military dictators or trickle down to local communities?”

The response acknowledged the oppression of the Muslim Rohingyas under Myanmar’s military regime. “This has much sabotaged peace-building efforts of Aung San Suu Kyi’s fragile government,” it noted. Reassurances followed: “Tourism is employing tens of thousands of people across the nation and is one of the sectors that provides much-needed employment to help elevate lives.” Finally, the clincher: “We make sure not a single dollar or kyat will end up with oppressive military regime groups, individuals or cronies supporting this regime.”

Cruising up the Ayeyarwady River from Mandalay on Day Two of my two-week Myanmar adventure, politics are far from my mind. We jump ship at Mingun, site of Hsinbyume Pagoda, where vermillion-robed monks stand out against whitewashed waves said to represent Mt. Sumeru, the mountain at the center of the Buddhist cosmos.

In predominantly Buddhist Myanmar, virtually every boy enters a monastery for a few weeks to several months. After immersion in the principles of Buddhism, he can return to secular life or choose to confirm his vows. Many girls, especially those from poor and rural regions, also are sent to monastic schools for spiritual training, as well as free education.

At Aung Myae Oo monastic school in Sagaing, we engage with students in a hive of classrooms. Founded in 2003 by a monk called Ponchi, the school now educates some 2,350 children, some from war-torn northern Myanmar, others poor and orphaned local children. Tuition is free, but the school relies on donations from visitors and the local community to survive. We drop ours into a collection box near a sign detailing costs for a 10-month course of study.

In the days that follow, we travel via boat, bike, horse-cart, plane and mini-bus through a reverent land that seems to spare no expense in building shrines of devotion. On the road to Monywa, the spectacle of Bodhi Tataung (1,000 Buddhas) rises from a hillside — a vast Buddha-rama with a golden, 424-foot standing Buddha at its center, complemented by a reclining Buddha and an unfinished sitting Buddha.

On a slope overlooking Bagan, we set up tripods before dawn to capture sunrise over a surreal profusion of ancient shrines against a backdrop of hot-air balloons. High above Pindaya, we prowl the maze-like Shwe Oo Min Cave, a cavernous display of floor-to-ceiling Buddhas donated by pilgrims and international agencies. Many sport knees with rubbed-off gold leaf — evidence of countless devotees who’ve touched the statues’ folded legs, hoping to receive blessings.

The small town of Nyaungshwe is our base for exploring Inle Lake, where long-tail boats transport us to cigar-rolling factories, weaving workshops and a home for Burmese cats. Along with a tiny arsenal of Burmese phrases, our cameras open doors to an enclave of long-necked Kayan ladies, weaving textiles to help support their tribe.

At sunset, we drop into boats with Inle Lake’s leg-rowing fishermen, hoping to capture Myanmar’s signature image: a fisherman balancing stork-like on one leg, giant conical net in hand, while steering his boat with the other leg wrapped around an oar. The following morning, we ride bikes to Shwe Yan Pyay Monastery, a 19th-century gem of Burmese architecture.

An hour-long flight brings us to Yangon, home of golden Shwedagon Pagoda and birthplace of our local guide. In gritty streets lined with colonial-era architecture, Thun shares episodes of his childhood, when his journalist father was jailed by the military regime. Fluent in both English and Burmese, the sturdy Burman has been a cultural go-between on our adventure, bridging connections with local farmers, fishermen, weavers, cigar-rollers and parasol-makers in his native land.

Should politics influence your choice of travel destination? As a responsible traveler, do you stay home to boycott an ill-principled regime? Or do you visit, hoping to better understand the culture and people it forcibly governs?

In a world riddled with extremism, bigotry and corruption, restricting your travel to countries with ethical regimes would prove limiting, if not impossible. All of Asia would be out, as would Africa, the Middle East, parts of Europe and many countries in North and South America. If travel truly broadens the mind, does staying home in protest effectively shrink awareness?

While some argue that visiting Myanmar condones a corrupt regime, others maintain that boycotts only hurt locals. As the Rohingya crisis has escalated in an isolated region, tourism has declined throughout the country, leaving the souvenir-sellers, street vendors and guest house operators who rely on it struggling to survive. Yet foreigners are safe and welcome in all areas open to tourism, where you’re far less likely to fall victim to pickpockets than in Rome, Paris or New York. In a country that embraces karma as spiritual currency, where people actively practice their belief of gaining spiritual merit by assisting others, theft is virtually nonexistent.