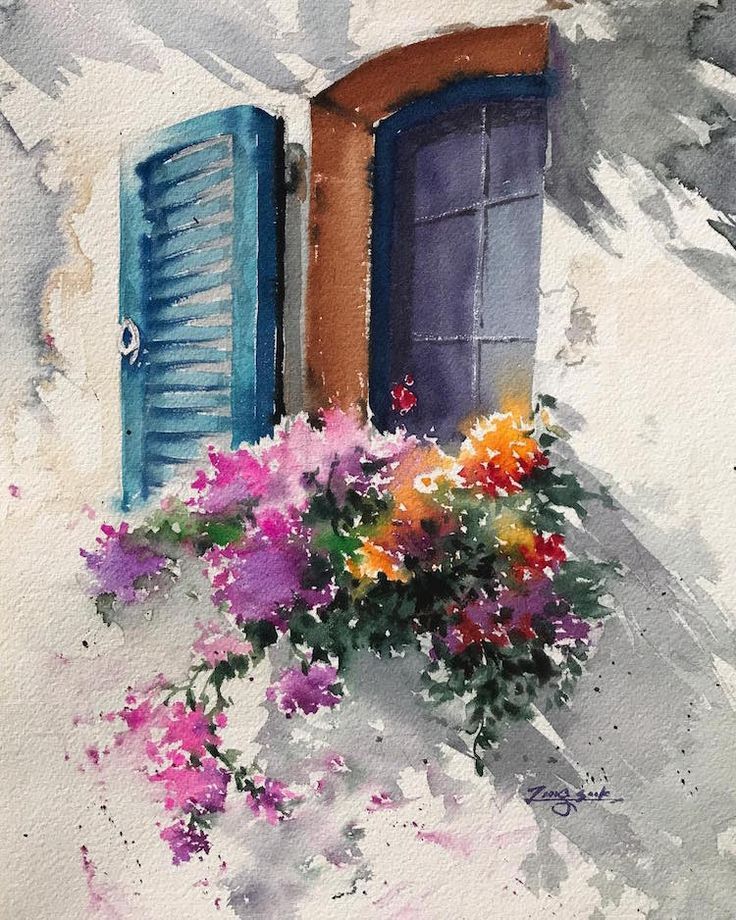 In the first part were shared the first, last and most popular paintings of Salvador Dali, Pablo Picasso, Vincent Van Gogh, Claude Monet and Edouard Manet.

In the second part you can enjoy the art works of five more genius and worldwide known artists and learn some interesting facts about their turbulent lives.

Kahlo, made her first painting, named “Self Portrait in a Velvet Dress,” in 1926, when she was nineteen years old. She had a near fatal bus accident that forced her stay in the bed for months, in that difficult period of her life she created her portrait for her ex-boyfriend, Alejandro Gómez Arias hoping to bring him back and it worked.

The next time they broke up Frida Kahlo believed her Self Portrait would bring him back to her again but it didn’t happen.

The literal meaning of  the Spanish “Viva La Vida” is “live the life” and watermelons are a popular symbol in the Mexican day of the dead.

Frida’s one of her most popular paintings, the double self-portrait named “Two Fridas” , was created in 1939, around the time she had divorced Diego Rivera, a famous painter, and as she admitted it portrays her loss.

Kahlo and Diego Rivera remarried a year later. Their marriage continued to be as troubled as the first one but it lasted till her death.

Frida was born in 1907 but she gave her birth date as 1910, the date of Mexican Revolution, because she wanted her life to be coincided with the birth of modern Mexico.

She was a boxer, a member of a gang and a winner of tequila challenges with many men.

Frida Kahlo created 143 paintings out of which 55 are self-portraits. Kahlo said, “I paint myself because I am so often alone and because I am the subject I know best.”

Due to polio at the age of 6 Frida’s right leg was thinner that the left. She was wearing long skirts all her life so to hide it.

Frida had to undergo 35 operations in her life, bear with relapses of extreme pain and could not have children

Frida Kahlo had an affair with the founder of the Red Army, Leon Trotsky. In order to commemorate her brief affair she created a painting titled ‘Self-Portrait Dedicated to Leon Trotsky’.

Jackson Pollock made his first and most important modern American painting, the “Mural”, in 1943.

The final work of Paul Jackson Pollock, called “Red, Black and Silver” was created just months before the artist died in a car accident in 1956. Pollock had gifted it to his  mistress, Ruth Kligman as a love letter shortly before he died.

Jackson Pollock’s most popular painting, created in 1948 and named No.5, is the 9th most expensive painting ever sold. It was sold to the Mexican investor David Martinez for 140 million dollars in 2006!

Some interesting facts about Jackson Pollock:

Pollock didn’t behave well at school. He had got expelled from two high schools.
Due to a nervous breakdown in 1938 Pollock had psychiatric care for some months.
Pollock was declared unfit for military service.
Pollock occasionally stole food and gasoline because of his bad financial situation.
Pollock preferred giving numbers to his paintings instead of names because he didn’t want people to look for a subject matter or a meaning in his art.

The last painting of Rembrandt, “Simeon With The Christ  In The Temple” was found unfinished in his studio prior to his sudden death in 1669, at the age of 63. The woman (Mary or the prophetess Anna?) was probably added afterwards by another artist. The painting was so crudely treated that it is now a ruin. It is displayed in Nationalmuseum, Stockholm.

“Night Watch” is one of the most popular paintings created by Rembrandt in 1642. Now it is prominently displayed in Riksmuseum in Amsterdam.

Kahlo’s self- portrait painting proved not to have strong magic power to bring Frida’s boyfriend back for the second time but the painting of Rembrandt seems to have magic power to attract violent people or maybe make some people violent:

In 1911 it was slashed by a man with a shoemaker’s knife.

In 1975, an unemployed school teacher attacked the painting with a bread knife, resulting in several zig-zag slashes.

Fortunately the damage to this magic painting was restored but some slashes are still visible.

Rembrandt outlived his children, outspent his earnings and died penniless.

It took almost a decade to Edgar Degas to complete his first painting, “The Bellelli Family”. It was finally completed in 1858, when Degas was 33 and depicts the portrait of Degas’ aunt, her husband, and their two young daughters. Now you can see it in the Musée d’Orsay in Paris.

The “Two Dancers Resting I” is thought to be his final painting,  created at a time when his vision had almost completely gone due to a form of retinopathy. The artist died in 1917, aged 83.

Edgar Degas was regularly visiting the old Paris Opera House and since he was a close friend of Jules Perrot he had even access to the dance classes. He started painting his most popular painting the “La Classe de danse” in 1871 and completed it in 1874.

More than half of Degas works depict dancers in some form or another. Despite being so obsessed with women he never married.

The” Annunciation” created circa 1472–1475. is one of the first attributions of a surviving work to the youthful Leonardo Da Vinci.

It is housed in the Uffizi gallery of Florence, Italy.

“St. John the Baptist”, probably completed from 1513 to 1516, is believed to be Da Vinci’s final painting and is now exhibited at the Louvre Museum in Paris, France.