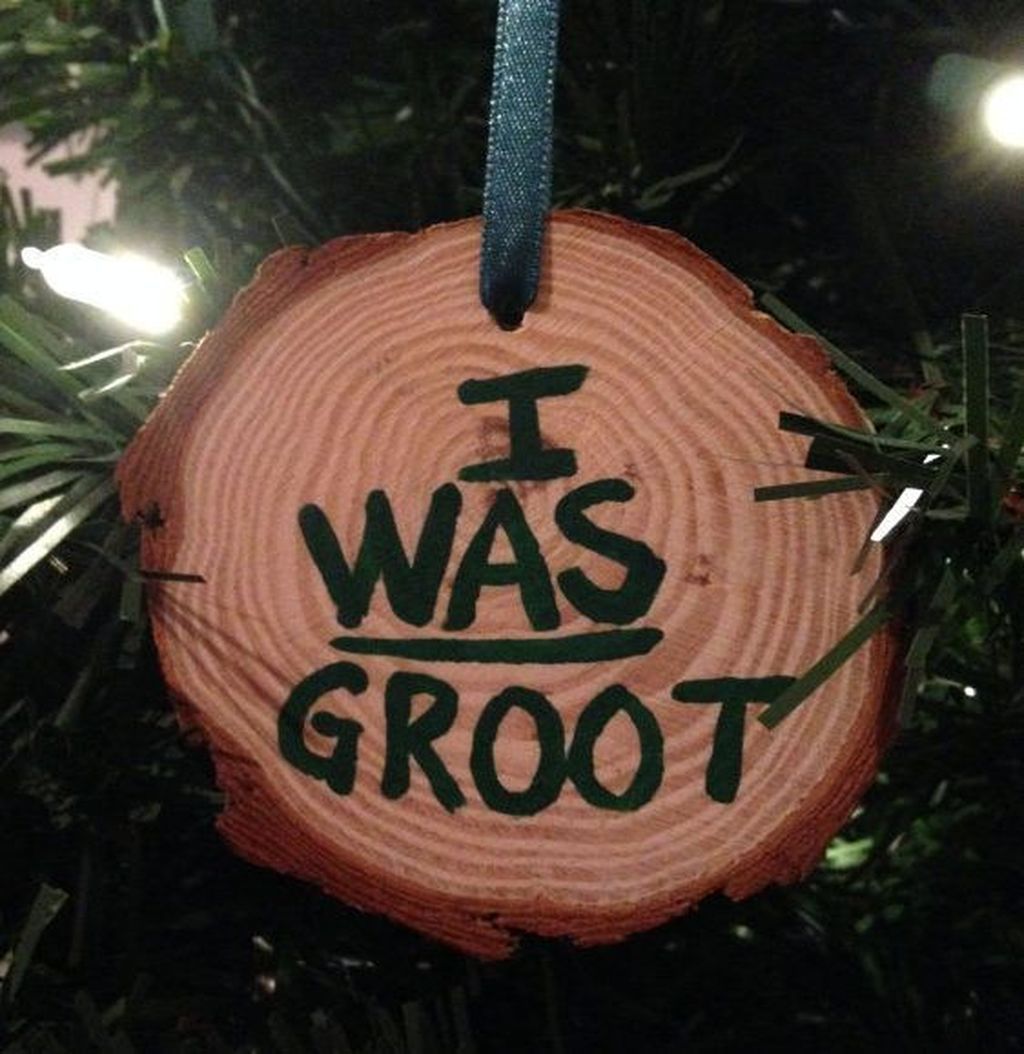 Editor's Note: This post is updated monthly. Bookmark this page and come back every month to see the best sci-fi movies on Netflix.

Writer/director Jonathan Glazer worked on developing Under the Skin for over a decade and it shows.

This is a carefully crafted, artful science fiction film with something to say...even if it doesn't always know what that is. Loosely based on a 2000 novel of the same name, Under the Skin stars Scarlett Johansson as an otherworldly being who drives around Scotland preying upon men.

Part Under the Skin's M.O. is certainly forwarding an inverse of sexual politics with Johansson's character as a "predator" as opposed to a male. But the movie's thoughts go even a bit deeper than that, viewing all of its human characters as otherworldly creatures of their own.

"Remember remember! The 5th of November, the gunpowder, treason, and plot. I know of no reason why the gunpowder treason should ever be forgot." V for Vendetta takes one of the strangest routes to being a crowd-pleasing sci-fi action movie ever. It's an Alan Moore comic book adaptation in which the only threat to a futuristic dystopian British fascism is a guy in a Guy Fawkes mask.

Still, somehow it works. And it works like CRAZY. V for Vendetta is an awesome, entertaining film. And not to mention that it's suddenly timely since 1984 and The Handmaid's Tale are in-demand literature.

Guillermo del Toro's 2004 Hellboy is one of the cooler comic book adaptations and action films of the new millennium.

Ron Perlman (under heavy makeup) stars as demon turned paranormal policeman Hellboy in...well, Hellboy. Hellboy works for the Bureau of Paranormal Research and Defense alongside his friends Liz Sherman (Selma Blair) and Abe Sapien (Doug Jones). Together the Bureau works to protect the world from paranormal and mythological threats. In this installment those threats include Nazis and Grigori Rasputin (not that Rasputin).

Hellboy is an exciting paranormal action thriller and occupies a unique spot in the recent superhero movie canon.

One of science fiction's best gifts as a genre is it's generous ability to "assist" other genres. The Lobster is really a romantic film all about love, intimacy and the soul-quaking fear of both.

But The Lobster couldn't be as emotionally valid as it is without its initial sci-fi conceit. You see, The Lobster is about a resort where single people meet to pair up and become couples. Thing is, though, it's compulsory. Also, if you don't find a soulmate in 45 days, you are forever transformed into the animal of your choosing. The Lobster's science fiction concept perfectly sets up and complements the real human feelings that follow.

Solo tells the origin story of the Star Wars universe's favorite scruffy nerf herder. Alden Ehreneich stars as the titular Han Solo as he leaves his unremarkable home behind and become a smuggler in the galaxy. Solo works because it has a solid understanding of the amoral universe its characters inhabit...and because it got Donald Glover to play Lando.

Ok, so Neill Blomkamp hasn't become the South African version of Steven Spielberg quite yet as we all thought he might after District 9. Still, credit where credit is due. He rebounded after the poorly received Elysium with the perfectly charming Chappie.

If we're going to really drive this Spielberg comparison into the ground, Chappie is Blomkamp's E.T. Chappie is a Johannesburg police murder robot in a dystopian future but after being captured and reprogrammed by a group of gangsters/unwitting freedom fighters Chappie catches a case of the old-fashioned adorable consciousness. Yes, Chappie the movie has far too much Die Antwoord to be sure but Chappie himself is appealing and charming enough to provide a welcome introduction into this science fiction world.

Ex Machina is in the conversation for best science fiction movie of the decade. The appeal of Alex Garland's first directorial effort is that it's as simple as it is smart. It features only three meaningful characters. Steve Jobs-esque tech bro Nathan (Oscar Isaac) invites lowly computer programmer Caleb (Domhnall Gleeson) to his isolated home/lab to conduct a series of "Turing tests" with his newest A.I. creation: Ava (Alicia Vikander).

The process and Nathan's increasingly erratic drunken behavior raise numerous ethical questions for Caleb as the tests move along. Ex Machina is pitch-perfect sci-fi. It uses the creation of truly sentient technology as a battleground for timeless ethical and philosophical human questions. It also has a fantastic dance number.

Plenty of sci-fi action films try to come up with a unique visual representation of a real life theme they're trying to address. 2013's Snowpiercer develops a simple, yet brilliant way to present class disparity. Remember all those passenger classes on the Titanic? What if basically the whole world was Titanic?

Snowpiercer is set in a future in which climate change has turned planet Earth into Hoth, basically. The remnants of humanity all live on a globe-spanning train, called the Snowpiercer. The rich passengers of Snowpiercer live in the lush cabins up front while the poor passengers are forced to do unthinkable things to survive in the back train cars. Curtis (Chris Evans) leads a coup from the back passengers as the ragtag team makes its way to the front of the train to see how the other half really lives.

Spider-Man: Into the Spider-Verse

There have been 11 different movies about Spider-Man since Sam Raimi's Spider-Man in 2002. So did we really need another? Well if its the animated sci-fi atom bomb of joy that Spider-Man: Into the Spider-Verse is, then yes.

This Sony Animation film introduces both Miles Morales and the concept of a multi-verse to the Spider-Man film canon and we're all the better for it. The villainous (and very thicc) Kingpin wants to open up a portal to a different timeline to reunited with his wife and kid. Little does he know that doing so will bring a whole host of Spider-Men, Spider-Women and Spider-Pigs to this universe to assist Miles Morales on his Hero's Journey.

You know what they say: mother knows best. Even when mother is a droid. This Netflix original film picks up after a mass extinction even for humanity. Clara Rugaard stars as a young unnamed girl, the last of humanity, being cared for by a maternal robot (voiced by Rose Byrne) in a bunker.

Everything goes swimmingly for Mother and Daugher until one day a woman (Hillary Swank) arrives and is horrified to see a robot looking after a human being. She tells the girl that it's robots like mother who exterminated most of their species and Daughter must decide who to trust.

Men in Black might be among the most purely appealing and entertaining movies of the '90s. This is in no small part to the sheer star wattage of Will Smith and his chemistry with a typically surly Tommy Lee Jones. Smith stars as James Edwards, an NYPD officer who unwittingly becomes wrapped up in a matter of interstellar significance.

Agent K (Jones) is a member of the mysterious organization that inspects and regulates extraterrestrial encounters calls the Men in Black and he brings James (soon-to-be Agent J) into the fold to help save the world. Men in Black is funny, fascinating, and a wildly entertaining science fiction watch.

Technically the entire Matrix "trilogy" is on Netflix as well so consider this three movies if you will but I imagine most of us will be more interested in The Matrix as a singular entity. The Matrix's impact has been diluted by more than a decade's worth of frail imitators (that could even include the sequels) and that's a shame because as a sci-fi action film it's a masterpiece.

The story of Neo (Keanu Reeves) and his Alice in Wonderland-like journey into learning the truth about reality is endlessly fascinated. Even if it weren't, however, the spectacular third act should make The Matrix a must-watch all the same.

The first Matrix sequel, The Matrix Reloaded (that's a really dumb title now that I think of it) certainly doesn't reach the highs of the original but is a worthwhile and exciting science fiction yarn in itself. It's different from the final chapter in the series in that it actually is still invested in depicting events in the Matrix itself.

We get to meet some interesting new characters (or computer programs as it were) within the alternate reality that constitutes the matrix and in the process also get one of the cooler car chases in recent memory. It's not even so much a chase as it is a full scale war on a highway.

District 9 is a hell of a debut for South African writer/director Neill Blomkamp. Based on Blomkamp's 2006 short movie, Alive in Joburg, District 9 is part sci-fi, part allegory to apartheid, and all awesome.

In 1982 an alien ship suddenly begins hovering over Johannesburg, South Africa. The ship contains thousands of impoverished aliens soon to be nicknamed "prawns." The prawns are brough down to the Earth's surface and housed in impoverished neighborhoods where they have second-class citizen status.

The film follows South African bureaucrat Wikus van de Merwe (Sharlto Copley) who is "infected" by a mysterious alien liquid while doing his job relocating prawns to a new camp. Wikus must then seek the help of the creatures whose life he has helped make very difficult.

On its surface, Inception is a purely science fiction blockbuster. Its plot is famously complicated, involving multi-layered dreams and various "kicks" to get out of them.

At it's core, however, Inception is a James Bond-style action movie, one directed by Christopher Nolan, no less. That's what all the sci-fi trappings are there for: to make a better taut, exciting action thriller. Leonardo DiCaprio stars as Dom Cobb, a professional thief who extracts memories from people's minds. Mr. Saito (Ken Watanabe) approaches Dom with a unique proposition: incept (create memories) inside the mind of his business rival, Robert Fischer.

Cobb takes the job and viewers are entreated to an action thriller within the architecture of the human mind.

We live on the Earth's crust - the verdant area on the planet's surface that can host carbon-based lifeforms such as ourselves. But the crust is the thinnest part of Earth's makeup. There is miles and miles and miles of matter below. What could possibly be hiding there?

Action/Horror/Comedy/Sci-Fi hybrid Tremors offers up an answer. And that answer is: worm monsters, stupid! Kevin Bacon and Fred Ward star as Val and Earl, two handymen working in a small Nevada desert town. When a variety of violent misfortunes begin to befall the townspeople, Earl and Val soon discover the terrifying reason why.